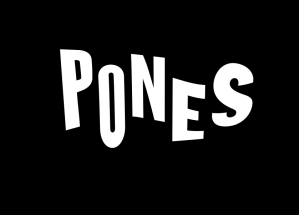 Kim Popa – Executive Director/Co-Founder
Kim has studied dance for over 30 years and graduated summa cum laude with a BFA in theatre and dance from Northern Kentucky University. Popa is a professor at the Art Academy of Cincinnati, teaches dance classes at The Carnegie, Springer School and Center, SCPA, and multiple dance workshops around the tri-state region. Popa has worked internationally at the Sri Lankan Institute for Buddhist Studies in Sri Lanka in 2017, the CrisisArt Festival in Arezzo, Italy in 2014, the Sibiu International Theatre Festival in Sibiu, Romania in 2007, and performed in multiple mainstage productions and modern dance concerts. In addition to teaching and performing, Popa is the Executive Director, co-founder, and performing member of Pones. Beyond Pones, she has choreographed for multiple award-winning productions at NKU, New Edgecliff Theatre, and Know Theatre. She’s a former member of the Ohio Dance board and serves as a “big” for Big Brothers Big Sisters, and has a passion for art and volunteerism in many forms.

Jackie Smith – Education Manager
Jackie Smith has been involved in dance her entire life, ever since her first dance class at 2 years old. Jackie is a freelance teaching artist with a BA in Theatre, BS in Business Management, and a minor in Arts Management from Miami University. For over 7 years, she has been teaching theatre, visual art, and dance around Cincinnati and N. Kentucky. You can find her currently teaching for Pones, The Carnegie, and The Chidren’s Theatre Of Cincinnati. Additionally, she directs, house manages, stage manages, designs and creates production elements for various organizations. Jackie is proud to provide opportunities for others to experience dance through her role at Pones.

Mimi Richmond – Pones in Public (PIP) Manager
Prior to Pones, Mimi served as Business Director and Grantwriting Specialist for Ronald McDonald House.  She also worked as Managing Director for Madcap Puppet Theatre, facilitating the theatre’s growth to triple its budget while directing productions, and helping to manage their touring schedule.  In addition to Madcap, Mimi has brought her passion for the arts to her work with Uptown Arts, Cincinnati Playhouse in the Park, The Cleveland Play House, Clifton UMC and The Seven Hills School.  Mimi earned her B.A. from the College of Wooster and her M.F.A from the University of Iowa.  She is currently working toward her M.A. in Clinical Mental Health Counseling with a Drama Therapy specialization.  Mimi is thrilled join the Pones team, believing in the power of movement, dance and the arts to bring people together for both personal and community growth.

Micha O’Connor – Grants Manager: Micha is thrilled to be joining the team at Pones and is honored to contribute to the rich artistic community of Cincinnati through the power of her pen.   She holds a BFA in Theatre from the University of Kentucky, where she also studied Library and Information Science as a graduate student. An arts educator, she has taught theatre in public schools with Fayette County Schools and Richland One in Columbia, South Carolina, and private classes through Lexington Homeschoolers, and Aiken Center for the Arts.  Though Micha began grant writing out of necessity for funding classroom projects, she has had success in grant writing for nonprofits and has obtained awards from the Ezra Jack Keats Foundation, National Center for Families Learning, and ArtsWave.  A willing wordsmith, Micha is also a published poet, writing verses about the female experience.